Magic Language in Fantasy: Choosing To Use Enochian

Think back to most fantasy stories, from Tolkien’s Lord of the Rings to Rowling’s Harry Potter series to Paolini’s Inheritance Cycle and so on, at the heart of these worlds is a form of magic. The properties of magic can really make any fantasy world feel deep, interesting, mysterious and exciting. With magic involved, the possibilities both in setting and combat can be endless. Obviously, a botched implementation of a magical system can lead to narratives that are clichéd, lacking in tension, and just generally boring, so getting a grasp on magic is of the utmost importance.

I have already briefly discussed my ideas of how I wish to construct my magic system in my novel (See: Finding Inspiration For Fight Scenes), but part of me wanted to go into the idea of the magic language a little more. I am most definitely not a linguist, and so as much as I would like to create a series of spells rooted in Latin or Old Norse or what have you, I do not think myself capable enough of constructing my own language. This is perhaps a little defeatist, but at least I am aware of my limits and so won’t waste time in a futile attempt.

The idea of using Enochian has been around ever since I first played Bayonetta. In the game, the words are used by Bayonetta to summon her infernal demons and her torture attacks but Enochian is also used by the angels as their spoken language. This decision was made by one of PlatinumGames’s Creative Producers, JP Kellams, who worked on the adaptation of Hideki Kamiya’s Japanese script into English as seen in the final game. As he states in a blog post on the process, the brief was to find ‘something disconcerting but powerful’ and after some research he chanced upon Enochian. This proved to be an excellent choice as it added to the brutality of the world they were creating.

“Enochian alphabet” by Obankston – Own work. Licensed under CC BY-SA 3.0 via Commons (Source)

The language itself originates in 16th-century England with John Dee, mathematician, occult philosopher, and adviser to Queen Elizabeth I, and Edward Kelley, a spirit medium. These two claimed that the language was revealed to them by angels, it was to them, the language of the angels or celestial speech. The reason it has become known as Enochian is from Dee’s assertion that the Biblical Enoch was the last human to know the language. Most see the language as invented by Dee and Kelley and in all likelihood, it probably was. That we are left with so few documents of the language or the magic associated with it make it particularly difficult to grapple with and understand. In fact, all we really have are a few dictionaries (And for the purposes of writing my novel I am using this one: http://www.gclvx.org/The%20Whole%20Enochian%20Dictionary.pdf) which are very helpful but do little to help in the construction of sentences in Enochian. As such using a few simple words in the language can work remarkably well if you wish to have short and punchy powerful spell invocations. This is also a personal preference as many long sentences in unknown languages can be off-putting to readers who may just skim over the text even if it is glossed (I know I do this whenever I came across long swathes of un-translated Latin in Medieval texts). 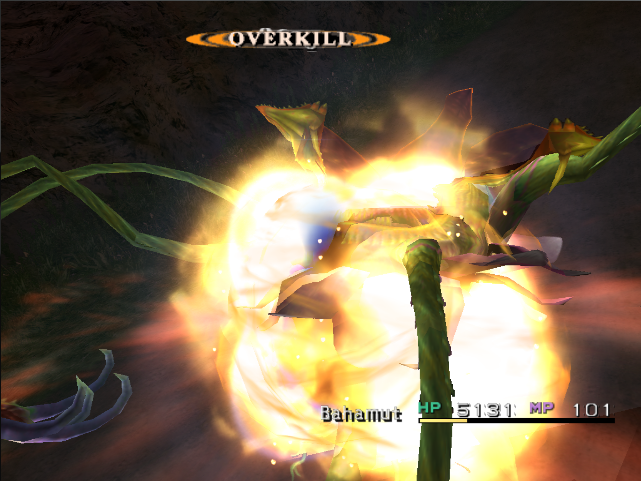 Killing an enemy with Firaga in Final Fantasy X (Source)

So, now that we have the history and the source of my inspiration to use the language, I believe it would be prudent to discuss how I plan to employ Enochian in the novel more specifically. In a standard RPG setting, you get spells of different elements like fire, ice, water, lightning, earth and so on and as you progress through the game you level up and gain more powerful spells within these elements. So, in Final Fantasy you get progressions like Fire/Fira/Firaga, Water/Watera/Waterga, Thunder/Thundera/Thundaga along with some other more powerful spells. Merging this method of spells in with Bayonetta’s use of Enochian in summoning forms the basis of how I wish to use the language.

Imagine IALPON like Mario shooting a fireball, but with a bit more style and aim (Source)

Using the elements of Fire, Ice, Earth, Water, Air, Lightning, Light, and Darkness I am trying to find related words that I can use to create stages of power through the language. So, IALPON (Burn) is weaker than MALPRG (Fiery Darts) and that is weaker than IALPIRGAH (God Flames). The English translations of these words also can work to give a visual cue of how the spell takes place, so while IALPON may release a single small fireball at an opponent a small distance away, MALPRG could release a large number of fiery darts over a greater distance, and then IALPIRGAH could create a gigantic ball of fire which leads to an enormous explosion when it connects with a target. I have not quite ironed out how I want all of these spells to physically manifest but that general progression of scale and power is certainly important to me. There are a few instances where the meanings are less important that how powerful the Enochian word sounds, for example, CORAXO (Thunders of Judgment & Wrath) sounds weaker than AVAVAGO (The Thunders/Thunders of Increase) if only because it has one less syllable.

However, simply sticking to single elemental attacks limits the potential of what can be done with the magic language. That’s why in the first fight scene of the novel I introduce to concept of combining elements. So, when AVAVAGO VPAAH (Thunders Wings) is used, the elements of lightning and air combine to form wings of lightning which can then launch attacks that make use of both elements. That is perhaps a slightly backwards way of describing the process, but, it should make more sense when the fight scenes are read and experienced. This idea of combination should open up options within combat to add to the spectacle beyond what the otherwise very restrictive core of the system I intend to use would allow.

Summoning with Enochian works like a charm every time, even if nobody has quite managed to figure out Enochian used for Bayonetta summoning Madama Butterfly just yet. (Source)

This finally brings me to the summons, which are something I will undoubtedly want to discuss at some point in my writing process. Using the premise that Enochian is the language of the angels and used for offense, it makes sense in my head to also use it to summon forth great monsters that will aid in combat. If more words/syllables roughly equal more power, then it makes sense for these beings to be summoned by sentences of Enochian rather than single words. Obviously going too long would go against my dislike for long passages of different languages in texts so they must ultimately find a middle ground in terms of their length. Something around the final Infernal Demon summon in Bayonetta, TELOC VOVIM A GRAA ORS TABA ORD AVAVAGO (The fallen one of the moon of darkness… let her be governed by that which thunders!) would be about right. While I don’t want to spoil the summons (I’ll probably only discuss three if/when I write the blog post on them), here’s a little glimpse at one of the summon spells I am planning on using: DOOAIP PIR, ODO MADRIAX OD TORZU, EXENTASER, AMATERASU (In the name of the holy ones, open the heavens and arise, Mother of All, Amaterasu).

There will be a few more occasions in the novel where I will make use of Enochian, but its primary function will be as the occult magic language it was intended to be (even if I’m morphing it to suit my own needs). Either way, I hope you’ve enjoyed this quick look at where I’m going with my magic language. I do have the in-world reasoning and mechanics behind how this magic works in my head, but I feel that may be better suited to being explained in the novel itself rather than here on my blog. Still, hopefully this glimpse at where I’m heading will give you an idea of the language mechanics at the heart of my vision of magic. And for anybody wanting an update on how far along I am in actually writing my novel, I’m going to be including update logs on every novel related blog post I make from now until completion. Hopefully it will provide me with some good motivation to keep pushing on with my writing while letting the (zero to few) people who have/are developing an interest in my novel know where I’m up to. It’s a win-win all around.