The Burning Ash: Utopia vs Dystopia

The other day I was re-watching the severely under-rated Tomorrowland (in my opinion, anyway) and I was reminded of just how much I love the optimism the film has. It asks ‘Why can’t [something] just be fun?’ but it also has a really wonderful analogy about dealing with life: ‘There are two wolves who are always fighting. One is darkness and despair. The other is light and hope. The question is: which wolf wins?’ The answer to this question is ‘The one you feed’. Of course, this is ultimately a rather simplified and perhaps naïve approach to life, but it is one that encourages positive thinking. If you believe you can do something, you’re more likely to succeed than if you don’t think you can do something. Towards the end of the film there’s a very powerful speech about humanity’s current love for the dystopian.

It’s a rather preachy message and, since it’s being delivered by the villain, clearly misguided. But it isn’t wrong. The world is technically going to hell in a hand-basket. You can’t ignore the fact that the world is simultaneously suffering from obesity and starvation, that wars constantly rage across the globe, that humanity is generally apathetic to anything as long as it doesn’t require them to do anything. Look at some of the blockbuster franchises that exploded onto our screens in the past decade: The Hunger Games, Divergent, The Maze Runner, the rebooted Planet of the Apes, the continuation of Mad Max in Mad Max: Fury Road, one half of the hugely successful X-Men: Days of Future Past. They’re all set in dystopian worlds. Even the bastion of superheroes has a fascination with the depressing considering the direction DC is taking their Justice League films. There’s also an endless fascination with disaster movies and films that amount to torture porn like the Saw franchise, and we still seem to be getting gritty, ‘realistic’ reboots of classic franchises (look no further than the new Power Rangers film). Governor Nix’s ultimate message is that in ravenously consuming dystopia, we are running full steam ahead into letting our world become a dystopia simply because we’ve given up.

Who knew people liked to have fun watching films? Certain studio execs didn’t until the likes of Deadpool did so well. (Source)

But, as is proven in the film, not everyone has given up. We want to have fun. That’s why Batman v Superman: Dawn of Justice received the most brutal of maulings by critics and fans; and why Captain America: Civil War is doing so fantastically well. It’s why Guardians of the Galaxy was a surprise hit. It’s why Ant-Man was also a surprise hit. And it’s why people immediately fell in love with Deadpool. Humanity may have grown increasingly cynical over the years, but the insane success of the Marvel movies among the general public suggests that deep down most of us enjoy narratives full of hope and humour over those that are excessively depressing. It’s why I think Tomorrowland’s urge towards optimism is correct in its message.

A helpful image to understand the basics of the difference between utopia and dystopia. (Source)

When I started writing my novel (Which I’ve now re-named The Burning Ash), I always knew I wanted it to be fun and reasonably light-hearted. I wanted to create an action-packed but ultimately heart-warming experience. Now that I’m older, I still want to achieve that but I have developed a more complex understanding of the message I want to convey. There are two primary locations in my novel: the fantastical kingdom of Ryushima and the hostile wasteland of Helheim. One represents a utopia of sorts, the other represents a dystopia of sorts. Before I go any further, I should probably do a brief explanation of the terms. Utopia is quite clearly a near perfect society, though how these ideal societies are achieved varies from text to text. The term was coined by Sir Thomas More in his 1516 book, Utopia. When you start going into the etymology of the word, you get the translation ‘no-place’, somewhere that doesn’t exist. There is also the word eutopia which literally means ‘good place’. The fact that eutopia and utopia are homophonous is probably why utopia means what it does today (according to Wikipedia anyway). So, taking that to its logical conclusion: a utopia is a good place that doesn’t really exist in reality. Dystopia is a direct antonym translated as ‘not-good place’, and interestingly enough tends to focus on real-world issues which are then taken to the extreme. So, now that we know exactly what the terms mean, let’s discuss how I’m trying to use them in my novel.

One of the cities in the at present upcoming Final Fantasy XV. This should give a good idea of the vibrant nature of how I imagine Ryushima. (Source)

Ryushima, the kingdom in which my novel takes place, has always been a utopic society in my mind. It’s filled with people that genuinely care for one another and are entirely united in their beliefs. It’s multi-cultural and ultimately rather liberal and progressive when it comes to the important issues. It’s bright and colourful and fantastical, and everything I could personally ever want in a fantasy kingdom. But a ‘perfect’ kingdom doesn’t really make for very good storytelling. If everyone gets along, there’s no tension or drama and that just makes a story dull. So, how do you go about making a utopia narratively engaging? Well, you throw unexpected situations into the mix and see how the society reacts. How do they react when they come across situations and circumstances that they are not equipped to deal with? Or how do they react when they realise that they’re not as perfect as they thought? In the end, one of the novel’s main themes that is developing as I write is perception. How do we wish others to perceive us and is that different from the people we are? What’s really underneath the image we present to others? Early on in my novel I describe Ryushima as being like a swan, beautiful and elegant above the water but frantically paddling to keep itself afloat. That metaphor is a common one, but it is a useful one when thinking about utopias. Plus, it can lead to the question of ‘if a society aims for utopic ideals, even if it can never achieve them, does that make it a better place?’ In this way, I have a way of achieving the sense of wonder, fun, and optimism that a utopia embodies while maintaining a more complex view of the world. 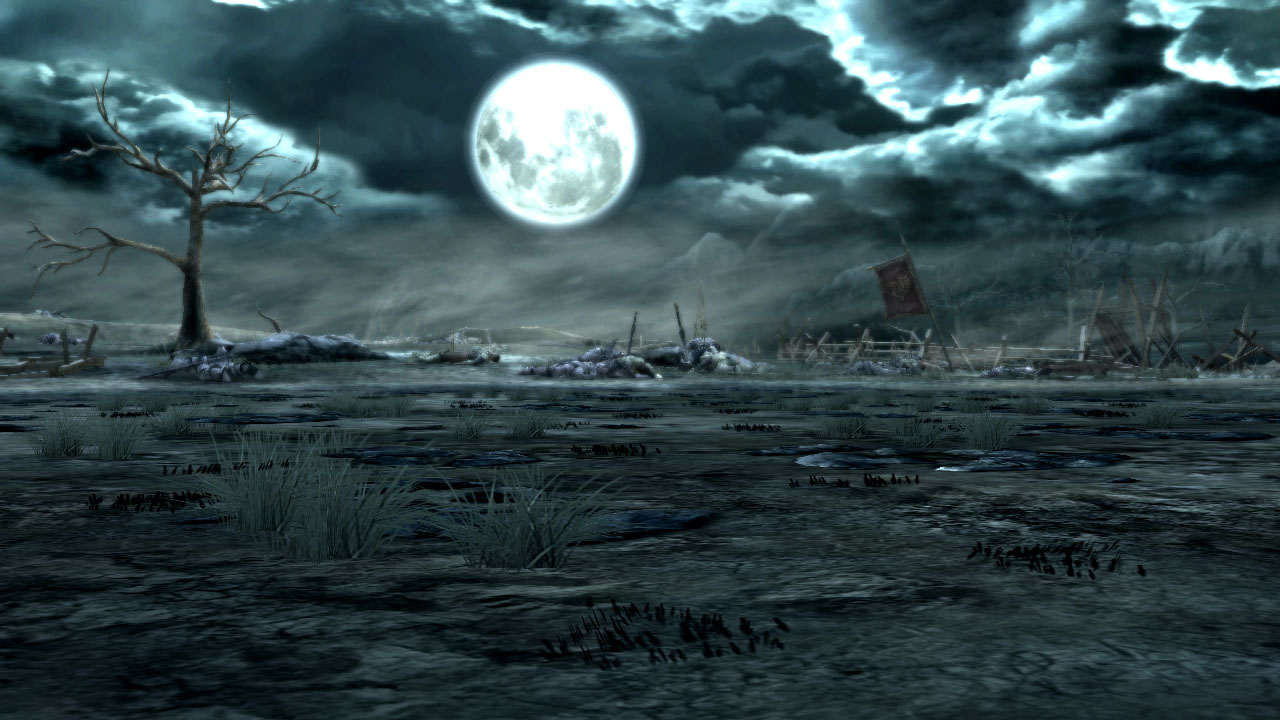 Dark, barren, and miserable. That’s the Helheim of The Burning Ash. This battlefield from Soul Calibur V is the most fitting explanatory image I could find. (Source)

On the flip-side you have Helheim, the afterlife of the universe I have envisioned. When Hideki, my protagonist, describes this place to the Princess Rosalina it’s a desolate wasteland. There’s no colour and everything lacks any sort of energy. The depressing nature makes it seem hellish and so it is a rather dystopian representation of the afterlife. But if I’m trying to make utopia more interesting, I also need to play around with dystopia. I want that sense of optimism to pervade the book, even when Helheim takes centre stage. I’m about ten or so chapters away from writing properly about Helheim, but I think I’m going to aim to find some beauty in the dystopia. Is it possible to create a utopia where once there was a dystopia? Can there be any hope in a dystopia? We’ll just have to wait and see. The journey my group of protagonists will go on will be one of learning to see things a different way and one of healing. For anyone who has followed my YouTube channel over the past few years, they’ll know how much I love Ōkami, and that game’s Divine Interventions will no doubt have a powerful impact on the way things will go but that’s about as far as I’m willing to go in relation to Helheim.

Obviously I don’t want to divulge too much of what’s going to happen in the latter portions of my novel, but hopefully this post has given you a decent glimpse into one of the more complex literary elements I am attempting to infuse my book with. I’ll probably have to work quite hard during the editing process to fully capture the tone and themes I want to capture, but it’ll certainly be worth it in my mind. By the time I finish, I should have a book that gives people those positive vibes and make them think at least a little about what society can be. If I can ultimately create something that can feed the right wolf (to return to Tomorrowland’s analogy) and restore a sense of optimism, then I’ll be happy. And even if it’s only ‘just fun’, I’d consider that a job well done.